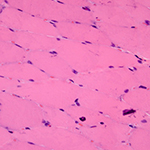 Ultrasound (US) and ultrasound contrast agents (UCAs) provide a way to noninvasively induce targeted angiogenesis. However, there exists a lack of understanding regarding the mechanisms of this process that has impeded progress. This study sought to characterize the angiogenic response, by both exploring the role of UCA concentration ([UCA]) in bioeffect induction at 0 days post exposure (DPE) and assessing the bioeffect as a possible potentiator of angiogenesis at 5 DPE.

A 1-MHz ultrasonic transducer was used to expose the gracilis muscles of Sprague Dawley rats for 5 min with a 10-μs pulse duration, 10-Hz pulse repetition frequency, and 0.7-MPa peak rarefactional acoustic pressure (p r). Four [UCA]s were tested: 0x (saline), 1×, 5×, and 10×, where 1× is 5% Definity by volume of solution. Evans blue dye (EBD) was used to quantify changes in acute vascular permeability (0 DPE), and VEGF expression was quantified at 5 DPE to support that angiogenesis had occurred. CD31 staining was used to assess capillary density at both time points.